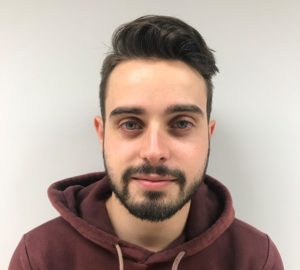 Overcoming neurodegenerative diseases is one of today’s major challenges for both academic research on one hand, because of their complex biochemistry and pathology, and for medicine on the other hand because of their prevalence, increasing societal cost, and lack of known biochemical-based treatments. Lysosomal impairment may be a common factor in neurodegeneration and the restoration of the lysosomal function is a global mechanism of action to fight against all these pathologies. The blood-brain barrier (BBB) crossing allowing the delivery of therapeutic agents to target neurons, remains a major challenge to validate this approach.

In this context and based on recent and unpublished results from our team, my PhD work, funded by the French “Ministère de l’Enseignement Supérieur et de la Recherche”, consists in designing and developing several nucleolipids (NLs) nanovectors as cargo system, carrying a therapeutic agent. They will then be formulated as oil in water nanoemulsions (O/W NE) (which have already demonstrated their usefulness in crossing the BBB), to finally evaluate in vitro the efficiency of this crossing to access dopaminergic neurons, particularly in the case of Parkinson’s disease.

Conception, synthesis and nanoformulation of nucleolipids for Parkinson’s disease.