The construction of new nanotools is presented here using the example of fluorescent semiconductor nanocrystals, quantum dots (QDs). In this study, the implementation of the new lipid oligonucleotide conjugate-functionalized quantum dots (LON-QDs) is realized in four steps: (i) the synthesis of the lipid oligonucleotide conjugates (LONs), (ii) the encapsulation of QDs by nucleolipids and LONs, (iii) the study of the duplex formation of LON-QDs with the complementary ON partners, and (iv) the cellular uptake of the LON-QD platform and hybridization with the target ONs (microRNA and miR-21).

Hybrid lipid oligonucleotide conjugates are finding more and more biotechnological applications. This short critical review highlights their synthesis, supramolecular organization as well as their applications in the field of biotechnology 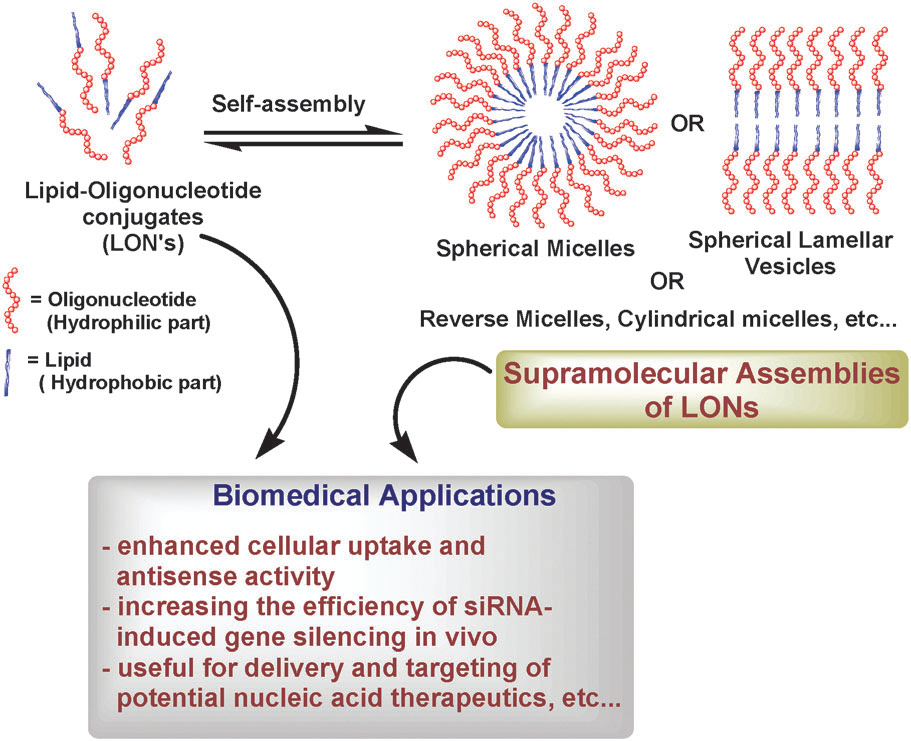 Recently, we developed TCTP antisense oligonucleotides (ASOs) to inhibit TCTP expression. However, the intracellular delivery and silencing activity of these oligonucleotides remains a challenge, and depend on the use of transfection agents and delivery systems. Here we show that lipid-modified ASO (LASOs) has improved penetration and efficiency in inhibiting TCTP expression in the absence of additional transfection agents, both in vitro and in vivo. Transfection with TCTPLASO led to rapid and prolonged internalization via macropinocytosis, TCTP downregulation and significant decreased cell viability. We also show that lipid-modification led to delayed tumor progression in CRPC xenografts models, with no significant toxic effects observed. 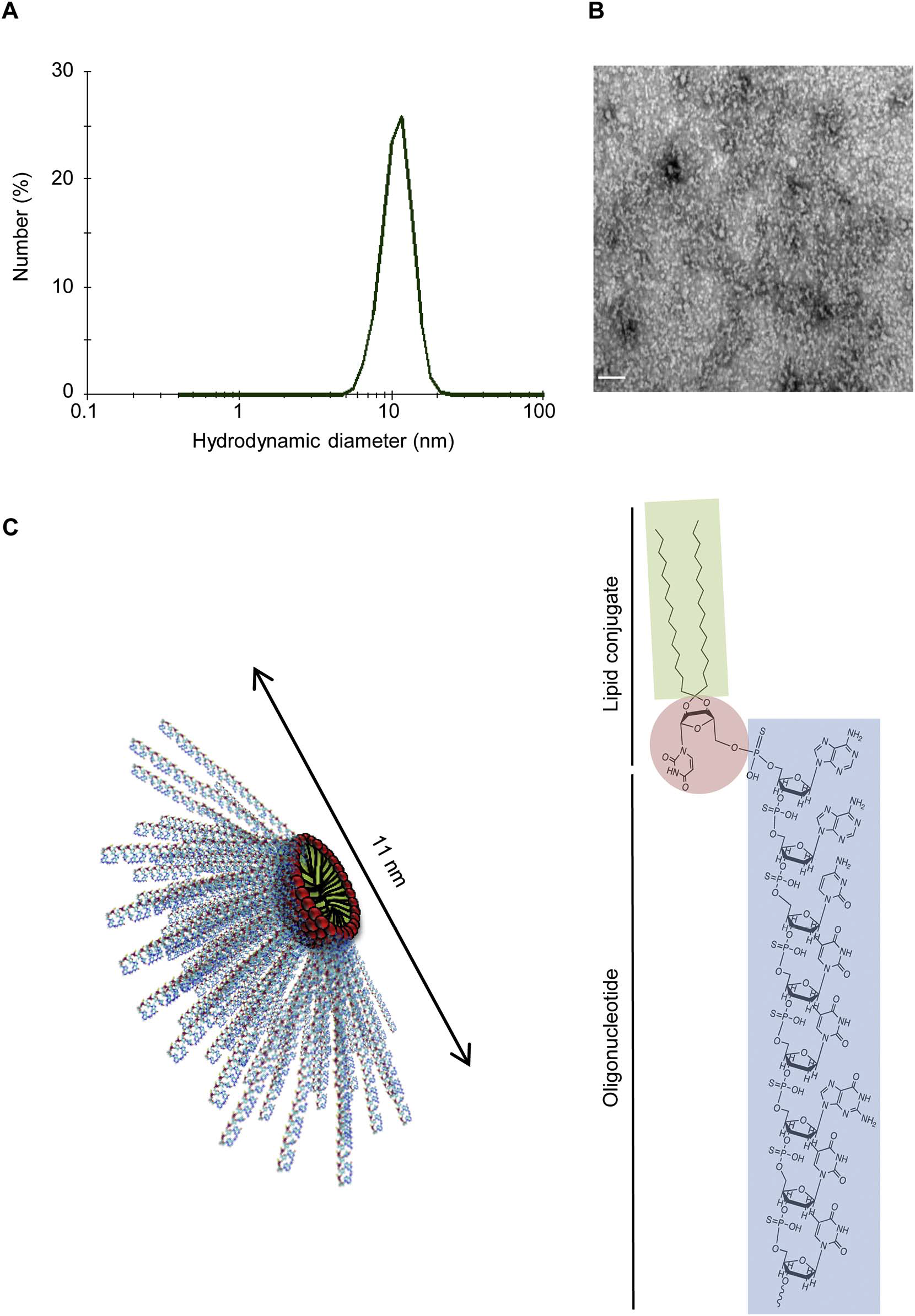